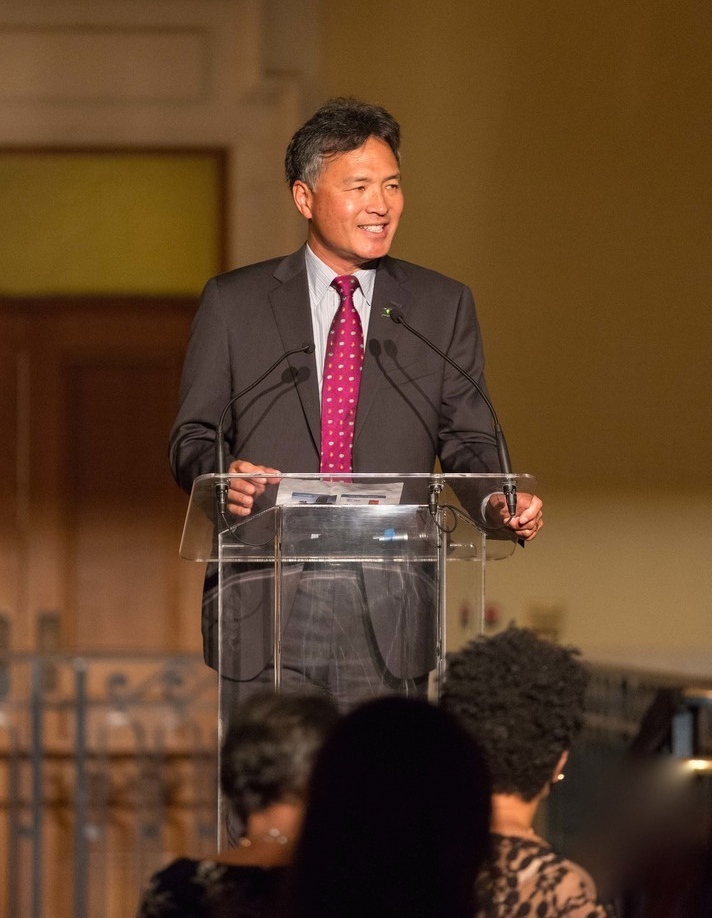 Since my Education Nation book came out in 2010, I’ve given over 100 keynotes at education conferences, in more than 40 states and 15 countries! The audiences have included:

My talks are illustrated with short film segments, showing innovative classroom practices in action, often from Edutopia.org, the Lucas Foundation’s popular multimedia website, with its archive of documentaries, available for free download and embedding.

My current speaking topics are described below along with example videos of two keynotes.

Six Leading Edges of Innovation in Our Schools

Dr. Milton Chen, senior fellow and executive director, emeritus at The George Lucas Educational Foundation (GLEF), discusses how school systems are reinventing themselves, focusing on their growing edges of innovation in districts, states, and nations. These Edges are redefining the nature of “school” as it was known in the 20th Century and include 1) the Thinking Edge, 2) the Curriculum Edge, 3) Technology Edge, 4) Time/Place Edge, 5) Co-Teaching Edge, and 6) the Youth Edge. The Six Edges form the framework of his book, Education Nation, selected as one of the 10 best books of 2010 by the American School Board Journal.

The Edges address fundamental shifts to our thinking about schooling; ways in which technology is transforming when, where, and how students learn; and roles of teachers and students as teachers collaborate with other educators and experts and students take more responsibility for their own learning.

Educating the Whole Child: The Role of the Arts, Nature, & Place-Based Learning

To educate all learners to higher levels, education must shift away from curricula narrowly focused on language arts and mathematics. Experiences with the arts and nature enable schools and informal learning centers to expand engagement and success for all students, building on their strengths and “multiple intelligences.” The arts and nature enable students to “come to their senses” in their learning, using their minds, bodies, hearts, and hands.

Instead of an “achievement gap,” Dr. Chen reframes the discussion to the “experience gap.” Many of today’s students are growing up without the broad range of experiences to connect school life to real life and to propel their educations forward with purpose and passion. Authentic place-based learning provides these experiences, gained through working in school gardens and visiting workplaces, historic sites, and public lands. These experiences enable them to learn not only about STEM, history, and cultures in powerful ways, but also lead them to think more deeply about themselves, their abilities, and their aspirations.

Weapons of Mass Instruction: Every Child with Digital Tools for Modern Learning

Powerful digital devices are now affordable “weapons of mass instruction” for all learners. Providing them to every student, as well as teachers who know how to harness their power, has become one of the most significant civil rights issues of our time. Dr. Chen discusses how education holds the key to other societal goals, such as violence reduction, health care, employment, and community-building and how education is undergoing a Renaissance of how, when, and where it happens. The next generation of personalized tools will enable students to track and improve their own learning and behaviors. MIT’s Dr. Seymour Papert famously said that technology offers students “wheel for the mind.” Today’s students can learn more, faster, than in previous generations, powered by mobile devices, rich Internet resources, apps, games, and simulations, and networks of mentors.

The Power of Inquiry and STEM Project-Based Learning (PBL)

At a time when the U. S. and other nations are emphasizing STEM for college- and career-readiness, PBL now needs to become the curricular centerpiece for a national movement. GLEF’s Edutopia.org website has documented many exemplary STEM projects for nearly two decades, from elementary students designing playgrounds to high school students building hybrid cars.

STEM-based PBL represents an important “edge of innovation” in schools, as described in Dr. Chen’s award-winning book, Education Nation. PBL curricula connect to other “edges of innovation,” such as the role of technology and co-teaching and learning, as students work in teams to accomplish ambitious projects. Dr. Chen will also highlight work by Lucas Education Research, a second unit within the Lucas Educational Foundation, conducting rigorous research on the outcomes of PBL in elementary and secondary schools.

The Common Core of the Child: Arts Across the Curriculum

As states implement the Common Core Standards, it’s also worth asking: “What about the Common Core of the child?” What do children bring to their learning and what do they need? A deeper understanding of children’s multiple intelligences and the social aspects of learning would lead to placing visual and performing arts at the core. Throughout history, the arts have been intimately connected to the language arts, mathematics, history, and STEM. Rather than being regarded as separate subjects, the visual and performing arts should be considered as valid forms of communication alongside the traditional language arts. George Lucas has long been an advocate for this view. Websites, such as Pixar in a Box and Google Arts & Culture, are helping us rediscover these connections.

The digital arts now enable students to express their talents through photography, film, animation, music, and other forms.   Dr. Chen will present examples from Edutopia.org of how the performing arts can improve reading and writing and how exploring the “grammar” of significant films can support learning in literature and history.

Learning From the Outside In: National Parks, America’s Best Outdoor Classrooms

As the U. S. grapples with educating its diverse students to higher levels, creative educators are taking them beyond the four walls of their classrooms. Beginning in “nature nearby” such as school gardens and city parks and extending to more than 400 national parks, students come alive in outdoor classrooms, studying air and water quality, climate change, endangered species, and habitat restoration. They often learn alongside scientists and naturalists of all ages, in experiences ranging from single-day field trips to immersive week-long classes. Schools such as the Teton Science Schools or the Minnesota “Zoo School” use the outdoors on a regular basis.

With its Centennial in 2016, the National Parks gained greater visibility for their role as America’s best outdoor classrooms, where students learn valuable STEM lessons, but also gain front-row seats to connect American history to today’s events. These parks include the well known, from Gettysburg to Yosemite to the Grand Canyon, as well as smaller sites, such as the Japanese-American internment camp at Manzanar and Frederick Douglass’s home outside of Washington, D. C.

Technology supports these place-based experiences. The National Park Service website contains a wide range of lesson plans across grade levels as well as opportunities for virtual field trips and Ranger chats. Online platforms, such as iNaturalist, enable students to record, verify, and deepen understanding of plants and animals they encounter. Games, apps, and even virtual reality enable students to engage with National Park sites. Experiential learning can lead students to deeper reflection on their own lives, resilience, and passions.

Milton Chen has been an education advisor to the Golden Gate National Parks in the Bay Area and the National Park Service. He will describe how National Parks and other public lands are becoming an integral part of our nation’s new learning landscape and present examples of inspiring programs linking students to America’s most important places.